Vortex on the Bay: a Cross-Country Phenomenon 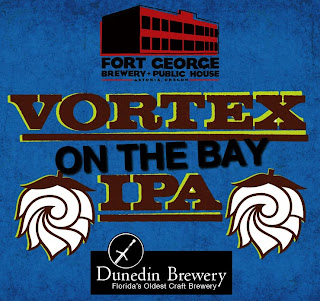 More than a week ago, we were visited by Fort George Brewery (Astoria, OR) to brew a beer together: Vortex on the Bay. In the Northwest, one of Fort George Brewery's most esteemed beers is their Vortex IPA. The brewery says the beer was "designed this to not rip the taste buds off your tongue, but rather vigorously stimulate them and your palate into a lupulin-ecstacy of pleasure." Vortex on the Bay is the same recipe, but brewed using our own H2O, yeast culture, & dry-hopping method. 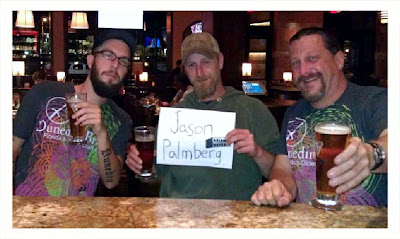 Our first stop after picking Jason up at Tampa International Airport

Our guest brewer, Jason Palmberg, traveled to Florida with his duffle bag filled with hops & stayed with us for 5 days. During his residence, he helped us brew The Rock--our Double IPA--followed by the Vortex on the Bay.

Mashing in the Vortex

The second half of our project with Fort George Brewery will be part of the FL-Oregon Trail, where we will drive 18 kegs across the country to Portland, Oregon for the 25th Annual Oregon Brewers Festival in July. For the Event/Road-Trip, we will be brewing IPA Chronicle 6: FL-Oregon Trail, a Floridian IPA brewed with orange peel & Florida orange-blossom honey. When we visit Fort George Brewery on the trip, we will join forces to brew Astoria on the Rock. 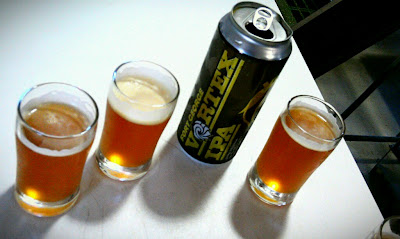 Cracking open a can of Vortex IPA to recall the destination

We are proud & honored to be able to bring one of our favorite tastes of the Pacific Northwest directly to Florida. Vortex on the Bay will officially be released at our 4th Annual IPA Festival on June 2nd. More info on the festival here: http://www.dunedinbrewery.com/ipa-festival-2012

Cheers to Jason Palmberg,  Jack Harris, & all of Fort George Brewery. We will see you guys in Oregon come July! 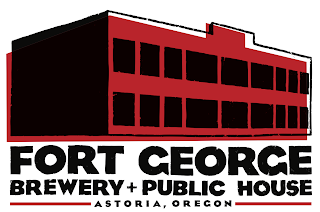 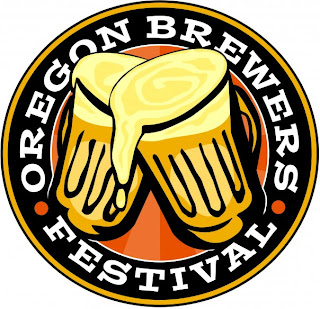 More Info on Oregon Brewers Festival can be found on their website:
http://www.oregonbrewfest.com 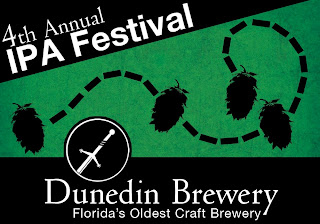 More Info on our 4th Annual IPA Festival can be found on our website:
http://www.dunedinbrewery.com/ipa-festival-2012