Writing about travel wouldn't be complete without mentioning home. As we leave the majestic skyline of Chicago and cross the tracks of open fields in Minnesota, we have home on the one hand, many states behind us, and on the other hand, 30 more days of travel stretching out before us. Our sweet home on the coast of Florida is so very close and yet so far away.

You never realize how many routines and daily rituals you have at home until you've been on the road a week or two. These routines are as different as the personalities on our trip: one person takes a good cup of coffee in the morning, another does stretches before the day's work, another takes photos throughout the day, or another asks a loved one how their workday went. All of these are possible far from home, but suddenly, you have to find a new coffee shop or make a long distance phone call to continue the routine that keeps you grounded.

Our daily rituals aren't being broken on this trip, but they are being shifted, modified, reshaped. We are picking up new ones as we cram every site into every single day along with hours of driving. Instead of going to sleep in our familiar beds, we fall asleep under our little rim of night sky, staring up at all those stars like spun sugar. But there's still a familiar song on the radio or a great craft beer we've had in the past; there's still the feeling of home. 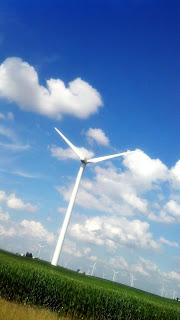 We are still taking in all of these amazing things, and we will have much much more to say and share. Like kids at the county fair - or better yet, some great American fair - we long to rush home, lay in our beds and relish all we have seen, but we also are exhilarated and want to stay on longer until the last ticket is spent.

Our homes and routines are far behind us, and we have a good deal of time before we return. Today, however, we will have the excitement of yet another
Posted by Sailor on Tuesday, July 16, 2013 1 comments 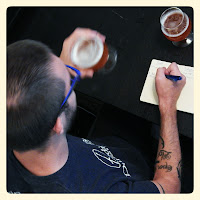 From Apprentice to Artisan - What's your Craft?

Mud wrestling. Yes, mud wrestling, and don't forget juggling. There's nothing easy about Alex Barron's juggling World record of 13 bean bags. What in the hell do these activities have to do with beer?
Craftsmanship is everywhere, from the odd and insane to the whimsical and cute; from Florida to Oregon, and from sea to shining sea. America is full of people in love with their craft. We've made beer ours, but we won't stop there. For over a month, Dunedin Brewery will hit the road for our FL-Oregon Trail tour. Breweries, pubs, art galleries, monuments. We want to see what this great land has to offer as we drive our truck full of beer to the Oregon Brewer's Festival.
With this in mind, we proudly introduce our new series showcasing dedicated people in all crafts. From music to unicycling, our exploration will know no boundaries; our adventure will seek out the craftmanship of everyday Americans.
So, we want to know, what's your craft and what's important in it? Share yours on facebook, instagram, twitter, vine, and tumbler. Don't forget to use the hashtag: #whatsyourcraft

Brewhand Simon Domb helps us with our third installment of the Discovering Beer in Florida series. Simon is the newest member of the team and handles all the packaging needs for Dunedin Brewery. With a real passion for Florida beer, Simon gave us some great choices: 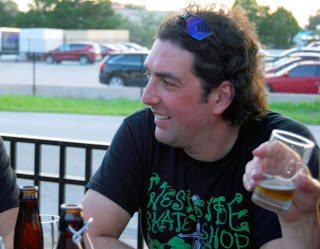 Like Trace, I can't get enough of our American Classic IPA. It totally represents what an American IPA should taste like, comparing equally to anything I've tried from Southern California. For me, it lives up to its name.

7venth Sun's Donut Imperial Porter is a favorite of mine. It's like a delicious, rich desert. Even though it's high gravity, the sweetness is well-balanced with the dark malts, and the alcohol is not overpowering. This beer is always in limited supply and is a real treat when I can get a glass.

My final and more recent favorite Florida beer, thanks to Ricky suggesting I go have a pint, is Barley Mow's Common Eileen California Common. This is a really sessionable beer with a nice balance between hops and malt. It's very easy to drink, yet still has full rich flavor. Be sure to check it out.