Beer in Focus: The Bard

Every year in April, the City of Dunedin is host to a number of Celt-centric events including a Military Tattoo and the Dunedin Highland Games & Festival. We have traditionally brewed a Scottish-inspired ale to help commemorate the events. In the past we have brewed a Wee Heavy, Smoked Porter, & other brews utilizing peat-smoked malt.

This year, we brewed a strong Scotch ale & named it The Bard. This beer celebrates the lyricists of the world, both past & present... Specifically Robert Burns, the Scottish national poet whose face is depicted on the beer label. 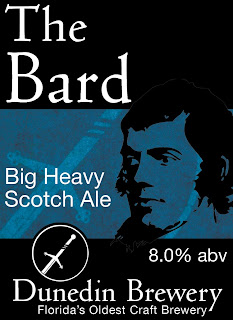 A limited run of 400 wax-dipped flip-top silk-screeened 32oz bottles of The Bard were filled & available only at Dunedin Brewery. 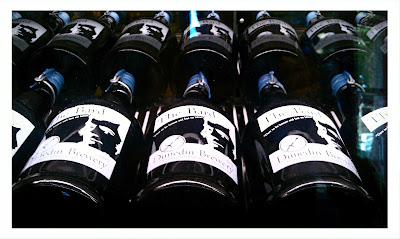 The Bard can be enjoyed fresh or aged up to a few years. Celebrate those who move us with their words. Celebrate life.

We are aging a barrel of The Bard on oak & will bottle a small portion to release at our 16th Anniversary Party on July 14th.